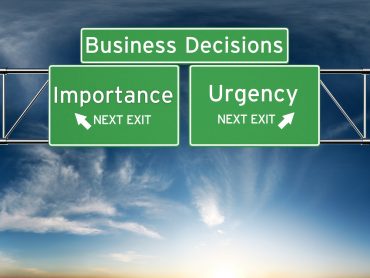 Continuous Intelligence: Strategy, Technology, or Both?

If your organization has moved to technology concepts such as automation, AIOps, DevOps and multi-cloud management – or plans to – be aware of another key strategy, continuous intelligence.

What is continuous intelligence (CI)?

A web search will produce a dozen definition-style articles for CI from an equally broad range of sources. Each of the dozen takes a somewhat different tack.

The most cited definition is from Gartner, which says:

“Continuous intelligence is a design pattern in which real-time analytics are integrated into business operations, processing current and historical data to prescribe actions in response to business moments and other events.”

Yet, that foundation leaves open the question about what CI looks and acts like in the real world of business. So, here are some common threads from the varied sources:

CI isn’t a single piece of technology, but a strategic capability and a culture, although CI platforms integrate key tech elements that are available. It draws on emerging technologies to deliver real-time alerts and recommendations and even automated fixes to operational and business problems.

It’s about learning and decisions

The “continuous” part of the term refers to CI’s ability to learn over time about the systems that it is monitoring. It learns to recognize which events and conditions are “normal” and perhaps not needing remediation. That “learning” may extend to identifying new sources of data, and relationships and dependencies among sources that a human may not recognize. Then it can include those new elements in its monitoring.

It’s the integration of those elements, identification of their relationships and the data they generate that helps CI deliver valuable context behind the torrent of alerts that monitoring systems create every hour.

Traditional BI — drawing on a structured data warehouse — provides an occasional snapshot of activity in specific parts of the business. Meanwhile, CI is working in real time on both structured and unstructured data. CI constantly monitors the health of multiple systems and business processes. It is on the lookout for aberrations that could signal a pending failure or outage. CI alerts operations staff and may recommend action to fix the problem before failure hits by leveraging machine learning and artificial intelligence.

The “intelligence” in CI is that it doesn’t just prevent failure but that it enables better decision making throughout the organization.

CI, leveraging AIOps and observability, can remember how certain problems have been remediated in the past, and may be programmed to take autonomous action.

Real-time processing and analytics are critical components. They allow systems to collect data from multiple elements, such as application performance tools, user activity, cybersecurity threats and software updates. The system analyzes the inputs from the varied data sources, identifies any irregularities that may cause a failure, and generates any necessary alerts, service tickets, and, where feasible recommendations for fixes.

That analysis also looks to correlate different irregularities or symptoms of a problem that may impact multiple users or applications in different ways. In those cases, remediation may require attention from multiple staff members with varied specialties and responsibilities. The CI concept extends beyond legacy ticketing systems by recognizing that many enterprise issues impact several departments, and that a problem may be “owned” by more than one group.

All about real time

The crucial real-time aspect means that an operations staff doesn’t have to wait until a failure occurs before they take action. The monitoring and analytics of streaming data are on guard constantly, building a knowledge base.

A common discussion theme relating to CI is the right balance of automation – in identifying issues and taking action – with human involvement for a given organization or task. Most experts currently suggest that organizations automate fixes only where it makes sense, with humans responsible for oversight and defining what actions should be automated and how.

A core benefit of CI cited in most instances is speedy decision making, whether by IT operations staff or in public-facing business situations. Use cases for CI today tend to be focused on IT operations, DevOps, application modernization, and security. However, experts see numerous other possibilities on the business side of an organization.

Those opportunities range from machine maintenance to supply chain optimization and better healthcare.

Consider CI as vital to providing greater insight into operations, insight drawn from multiple applications, tools and processes that humans alone cannot gain. In the end, the goal is to improve efficiency and customer experiences. From an IT standpoint, the value of CI can be measured – at minimum – by preventing lost revenue and brand damage during an extended system outage or a data breach.

A CI strategy recognizes that intelligence – essentially learning – isn’t static. Rather, the system and the people who rely on it are learning continually. It builds on a solid knowledge base (including human experiences) that grows as the systems identify patterns of activity across applications.

Another benefit is how CI allows an operations staff to work more efficiently, freeing up more of their time for innovative work and requiring less time on mundane maintenance and fixes.

A CI strategy works best in a cloud-native “modern application” environment. In defining modern application, Amazon notes: “Modern applications are built with a combination of modular architecture patterns, serverless operational models and agile developer processes, and they allow organizations to innovate faster while reducing risk, time to market, and total cost of ownership.”